The ZOA Imvepi Menstrual cup Scale up project was conducted by ZOA and WoMena Uganda as part of a project led by ZOA in consortium with IAS (International Aid Services) and MI (Malteser International) and funded by the United States Government. The project benefited 416 people among whom were direct beneficiaries and support persons.

Below are the three main activities that included training of different stakeholders and sensitization of communities about Menstrual Health Management and the menstrual cup use and care. 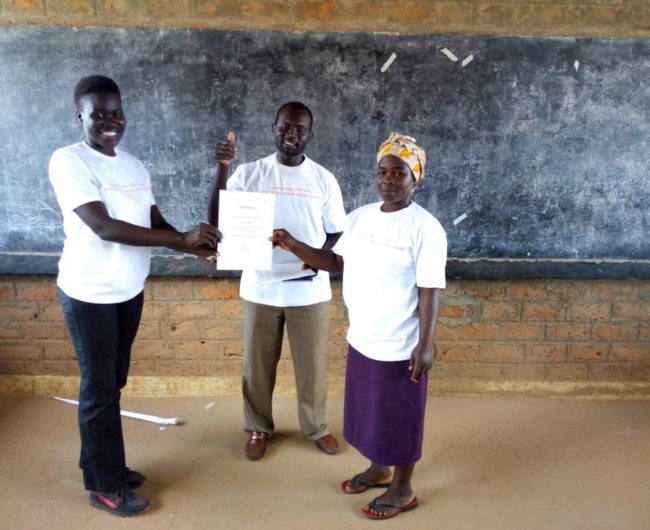 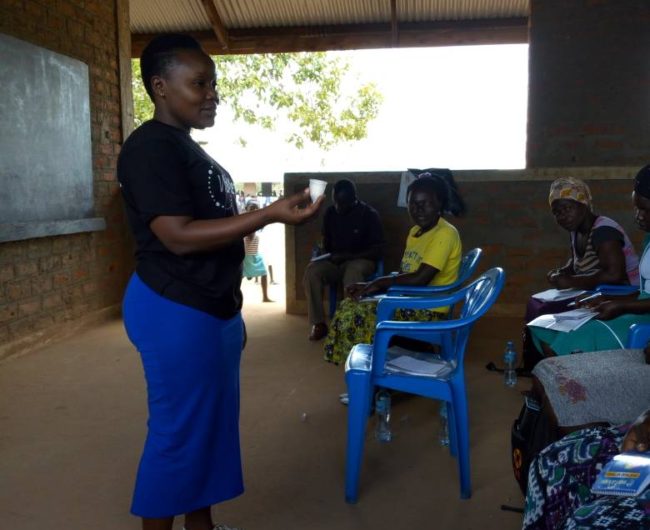 Menstrual kits were procured and distributed by ZOA. The menstrual kit contents were developed according the Untied Nations High Commissioner for Refugees (UNHCR) standards. The kit materials included; bathing soap, washing soap, three pairs of knickers, one ten-liter bucket and a menstrual cup. Menstrual Calendar and the Menstrual Diaries were also provided by WoMena Uganda. 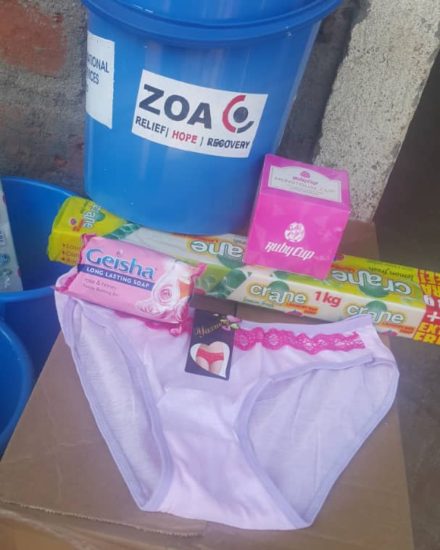 Some of the achievements included, activity participation from the CARE International TOTs, male and Female community members, and the adolescent girls during the training. Substantial male involvement was seen during TOT refresher and the community sensitization meeting were the Head Master and deputy of Lanya primary school attended the refresher training and primary six (P6) boys of Lanya Primary School joined the community sensitization information session.

The boys contributed to the training by demonstrating hand washing and gave different ideas on how to support girls during their menstrual periods, for example making sure that as brothers to menstrual cup recipients, they keep the cups safe while at home and instead of laughing at the girls if they have stained their skirts, they would take them to the senior women teacher for further support. The male community members also appreciated the program and receiving information on menstrual health. One male participant stated that as the heads of the family, men now know their responsibility to support their daughters and wives by buying them menstrual products to use while in their period. 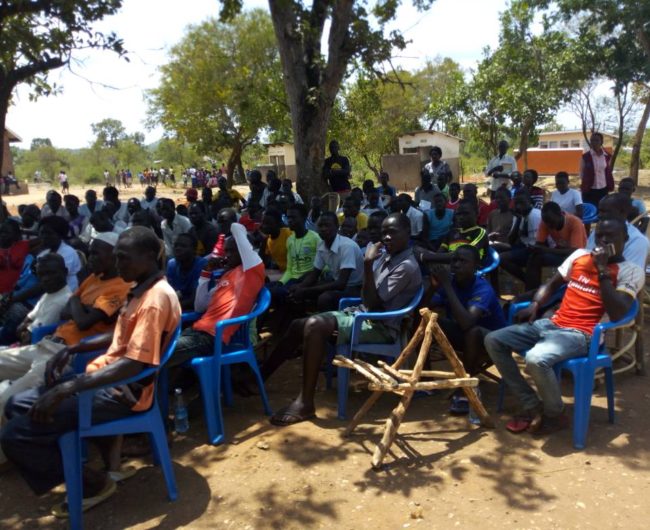 In some contexts, the introduction of menstrual cups to younger girls, raises concerns about loss of virginity due to using the cup. However, during the training and sensitisation activities, neither parents nor girls raised any issues related to virginity and the cup. Although the correlation between the menstrual cups and virginity was not mentioned by participants, the ToTs ensured that girls were taught about the hymen and virginity to enable informed decision making on use of the cup.

At the end of each training session, evolution tests were filed out by the participants to assess their knowledge retention.
On average the score on the menstrual cups test was 83%, demonstrating a good level on knowledge by participants (target 75%). The target score on the menstrual knowledge test is 75% correct responses. Only 21% of participants met this requirement, and for the menstrual health management test the school girls scored poorly. This reflects the difficulties in completing the evaluation form based on observations during the training. Although this tool has worked well in the past in other contexts to evaluate the level of understanding and knowledge retention from training, it is clear that this tool was not appropriate for this particular group. This may have been due to lower levels of literacy, divergence in languages spoken by participants and the larger group numbers. 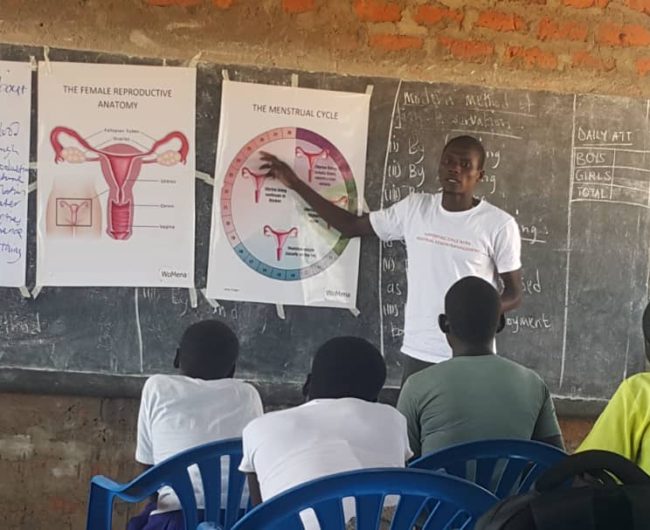 After all the trainings, ZOA has already started conducting the follow up activities and this is going to be done for three months with support from the CARE trained trainers and remote support from WoMena through phone calls. More participatory methods of evaluating knowledge retention should be utilized during follow up. WoMena is developing a voting-based evaluation tool that will be tested during the follow up visit.