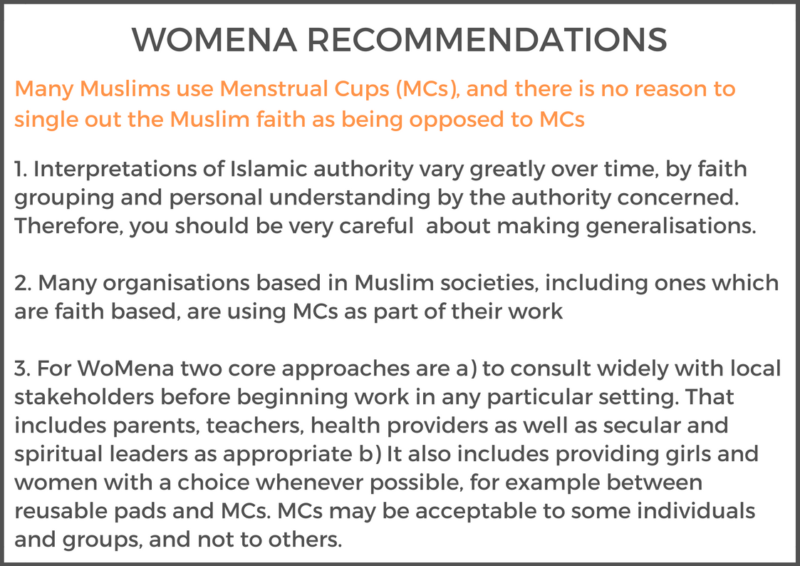 WHAT DO MUSLIM AUTHORITIES STATE?

In any context, the concept of ‘culturally acceptable’ needs to be clarified – acceptable to whom? When? Where? How?

That is also the case for Islam, which offers a great number of interpretations of religious values, by different branches of Islam (for example Sunni and Shia as well as their numerous sub-groupings), where both interpretations and process/source of authority may differ. A local imam or groups of imams may have their own interpretation, whether pronounced in fatwas or elsewhere.

To take the example of female genital mutilation (FGM), widely different interpretations exist. In 2005 six Danish imams published a fatwa against female genital mutilation (Kjølbye, 2005). The Somaliland Ministry of Religious Affairs issued a fatwa in 2018 with what seems to be a partial ban (SIHA-ADMIN 2018). On the other hand Malaysia made it obligatory (wajib) in 2009 (MalayMailONline 2018) Other interpretations also exist (StopFGMMideast).

Therefore, any blanket statement as to whether menstrual cups are acceptable to ‘Muslims’ is probably questionable.

The interpretation may be closely related to the question of ‘virginity’, and therefore the interaction of cups and hymens are important to map. We will do this in a separate FAQ.

On the other hand many interpretations of Islam are that an individual has a personal responsibility to take care of their health, and this might also be an important issue to explore.

Care should be taken before categorising any organisation as ‘Muslim’ (or ‘Christian’). However, some organisations which describe themselves as faith based (based on Koranic principles) actively use cups in their work. GlobalOne has partnered with the Cup Effect to distribute cups to women in Lamu (Kenya). The beneficiary group is 3000 married women, supporting the thought that ‘acceptability’ may be tailored to context (Cup Effect). GlobalOne is working with Rohyngia refugees, distributing cups as part of dignity kits. They are also distributing to Syrian refugee women, e.g.in Jordan (GlobalOne undated).

Recircle in Pakistan is working to open up the discussion about menstruation in general, and cups in particular (Imran 2018)

In WoMena’s work the theory of change includes extensive consultation with local stakeholders (parents, teachers, secular and spiritual leaders) before making a joint decision on whether to partner in a given location. WoMena offers informed choice for participants – in knowledge as well as product (for example reusable pads or MCs).

WoMena attaches great importance to being ‘evidence based’. Therefore we will stay updated and further develop our FAQ according to feedback, opinions and surveillance of literature. Since we are primarily based in Denmark and Uganda, we will particularly refer to recommendations in those countries, as well as from international sources such as WHO. This particular FAQ uses a number of newspaper articles as sources, given the lack of peer reviewed articles