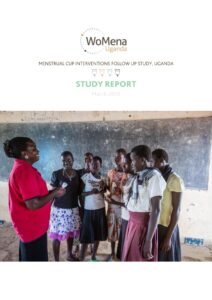 Hytti et al. (2019): Menstrual Cup Interventions Follow-up Study, Uganda: Study Report. The study objectives included continual use of the menstrual cups after initial introduction, identifying the benefits and challenges of long-term (defined as around 6-36 months) usage of menstrual cups and the impact usage on girls’ and women’s participation in the community (academic, social, etc.). Data was collected through qualitative and quantitative methods including 117 questionnaires and 23 semi-structured interviews. Other methodology included 14 focus group discussions (FGD) and 23 MHM facilities assessments which determined factors to promote acceptability of long-term usage and continual research within the communities of study. Menstrual cups were first introduced in Uganda by WoMena in 2012 through the Uganda Red Cross Society (URCS) and distributed to 31 women. Following this study, WoMena organized a school-based study where among 194 school girls, ages 12-18. Another school study was organized involving 4 schools in 2014-2015. Each study was conducted in a different part of Uganda representing different cultural and religious backgrounds as well languages. Of all the participants, 82.1% were continued users of the menstrual cup. On average, the adaption time to comfortably using the menstrual cup took about 2-6 months.The most common report when beginning to use the menstrual cup was discomfort or pain when inserting or removing the cup. The data also suggested that the more a woman or girl used the cup, the more likely they would continue to use it. Of those participants who used the cup more than once, 93.5% continued usage. Participants reported no challenges when asked about disadvantages (70.3%), but the most common challenge was inserting or removing the cup (26.3%). The most common benefit reported was saving money (76.3%). FGD’s included participants as well as community members. Community members often brought up risks and uncertainties while also acknowledging the product as a practical solution. WoMena promotes the continued education and promotion of menstrual cups while recognizing the experience of menstruating is in dire need of more research to understand product use and preference. 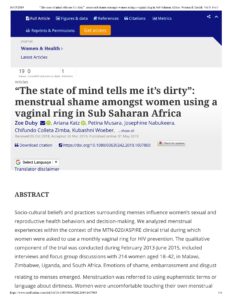 Duby et al. (2019): ‘’The state of mind tells me it’s dirty”: menstrual shame amongst women using a vaginal ring in Sub Saharan Africa. A qualitative component of ASPIRE clinical trial was conducted during February 2013-June 2015 among 214 women aged 18–42, in Malawi, Zimbabwe, Uganda, and South Africa to analyse the menstrual experiences of participants using the vaginal ring for HIV prevention. Findings: The most noticeable emerged themes were dirt, shame, embarrassment, and disgust. Women in all four countries related local beliefs around menstrual blood being a polluting and potentially harmful substance and used euphemistic terms to refer to the vagina and vaginal secretions. Several participants also expressed discomfort at having clinical procedures performed on them at study visits when menstruating due to cramping during menses, feeling embarrassed, uncomfortable, and shame about study staff seeing blood on returned rings. Majority of women in this study also described menstrual blood as a dirty substance and expressed distaste at having to touch their own menstrual blood when removing the ring. In addition, results indicated that women’s aversion to menstrual blood was linked to narratives around avoiding sex during menses, and beliefs about its potential harms to both women and men. Women associated feelings of disgust relating to contact with menstrual blood with male partners’ willingness to use condoms for sex during menses but at no other time. 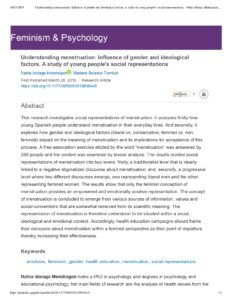 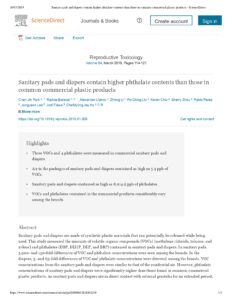