Our follow-up report on the long-term experiences of menstrual cup use among girls and women from three menstrual cup interventions conducted in the rural Kitgum, Gulu and Katakwi districts in Uganda has been published!

The study explored the long-term experiences of girls and women partaking in three menstrual cup interventions conducted by WoMena in rural districts in Uganda between 2012 and 2015. Using a mixed methods approach, the study assessed whether participants continued to use their menstrual cups after the initial intervention, identified experienced benefits and challenges of long-term use and evaluated the impact of menstrual cup use on girls and women’s participation in social and economic activities and/or school attendance.

Findings suggested that menstrual cups, for those who continued to use them, is a comfortable and convenient MHM method that supported better body literacy and allowed girls and women to carry out their daily activities without restrictions during their periods. Out of the 117 women and girls surveyed, 82.1% continued to use the menstrual cup to manage their menstruation. In total, 17.9% of the respondents were considered discontinued menstrual cup users. Among the reasons for discontinued use were misplacing or losing the cup or getting it damaged or burnt. Other reasons for not continuing to use the cup were difficulty in cleaning, inserting, and removing it, leakages and disapproval of family members/friends. The study also found that the adaptation to use the menstrual cup was a gradual process and girls and women’s satisfaction with the product increased overtime as they gained trust in and became more confident using it. The observed adaptation period took between two to six months, with routines built over a longer period. 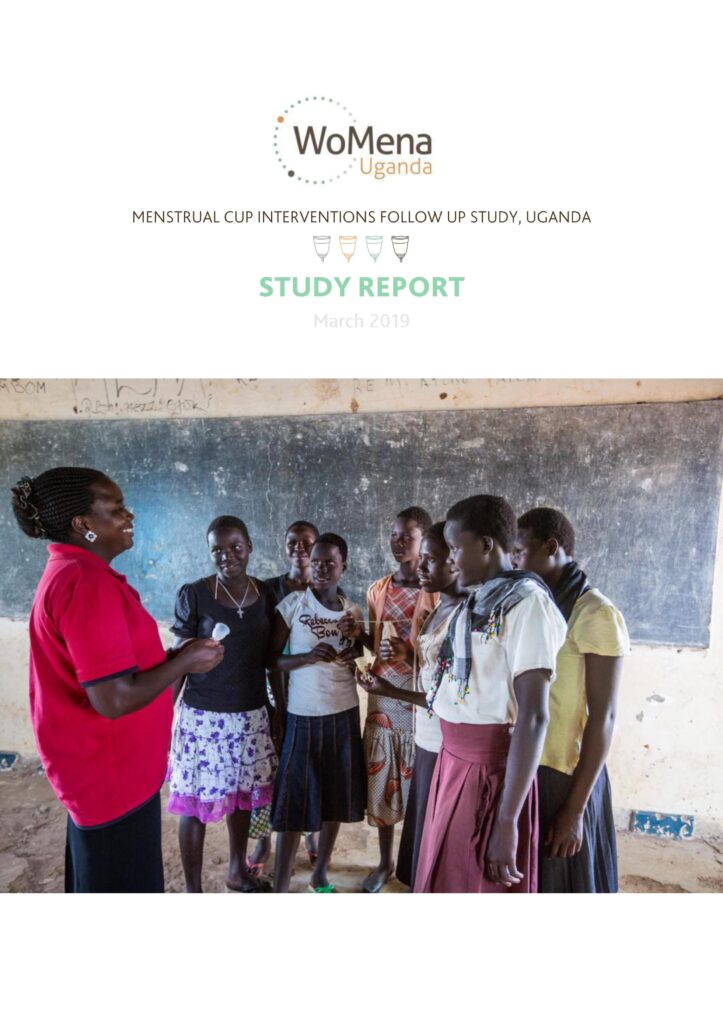