We are currently implementing a small intervention aimed at improving menstrual health in Imvepi Refugee settlement particularly in Lanya Primary School. This intervention will benefit 300 girls in the school and the community around. This training was conducted by ZOA and WoMena Uganda as part of a project led by ZOA in consortium with IAS (International Aid Services) and MI (Malteser International), funded by the United States Government. 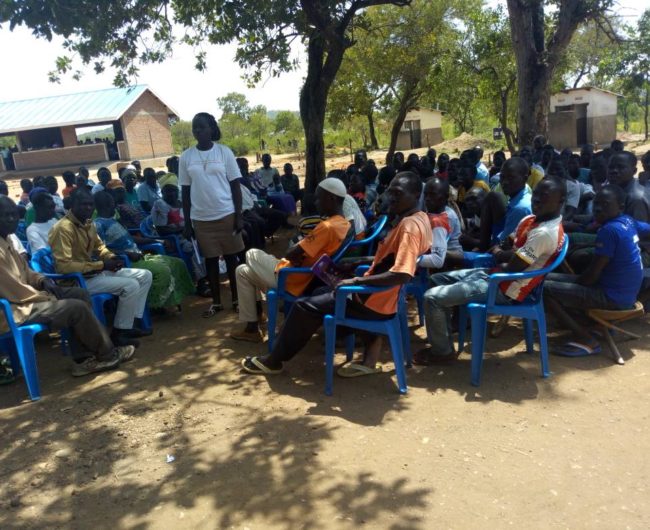 The activities started with a two day refresher workshop with refugees from the community who are already trained as menstrual cup trainers by WoMena for a different project. The training also included one Windle International staff, two male and four female school staff members. The female teachers were trained to provide support to the girls who will benefit from the project.

The Trainers of Trainees (TOTs) live within the community and will be conducting the training of beneficiaries starting next week. They will also work as translators. All TOTs at the end of the refresher training receive a certificate. Menstrual kits, which include a menstrual cup, a bucket, soap and three pieces of underwear will also be distributed to the beneficiaries. 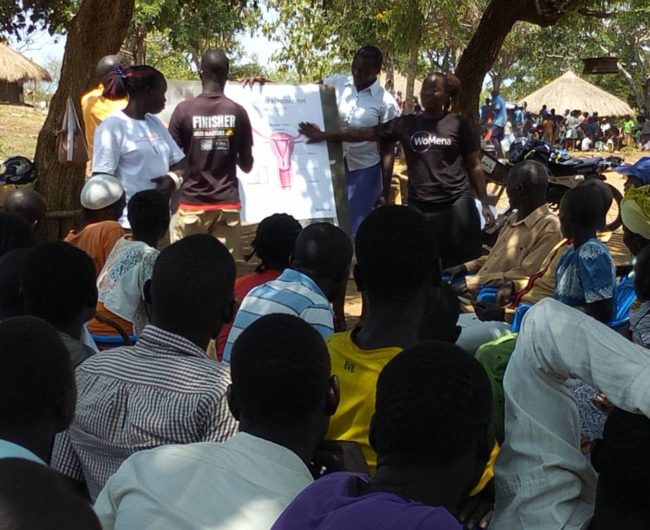 Male community members listen to the presentation by WoMena

The community engagement model was also used when WoMena conducted a menstrual health and menstrual cup community sensitization that was hosted by Lanya Primary School.

This sensitization meeting was attended by the Imvepi sub county chief, one representative from the office of the Prime Minister, one Windle International staff  and more than 100 male and female community members some of whom are parents and guardians to the girls that will benefit from the project.

In the beginning, the community raised many issues and concerns related to the use of the menstrual cup. However, these were successfully addressed by the trainers during the sensitization phases and the sessions were concluded with positive views on the menstrual cup from the community members who at the end also wished to receive cups for self-use. 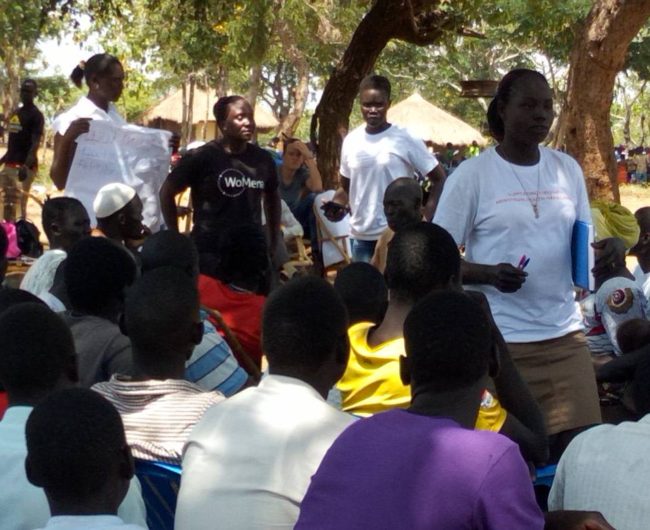 It was also clear during the sensitization meeting that the male community members appreciated the program and information given to them on menstrual health. They are the heads of the families and now they know their responsibilities in regards to supporting their daughters and wives by buying them menstrual products.