Viola Jackline lives in Imvepi Refugee Settlement. She tells us about her experiences participating in the menstrual cup pilot project carried out by CARE International and WoMena Uganda.

I no longer have to look for money, I am comfortable, and I have confidence in school.

In just a few words, 20-year old Viola Jackline sums up the vast impact using a menstrual cup has had on her life. She is South-Sudanese but currently lives in Imvepi Refugee Settlement in Western Nile, Uganda. She arrived there in March 2017 after traveling two weeks on foot together with her three siblings and grandmother. Besides a few pieces of clothes they only carried two bed sheets and two saucepans with them. At night, they used the sheets to sleep in the bush, trying to stay hidden from armed men, who posed a constant threat throughout their journey, as did a scarcity of water and food.

Before being part of the project, Viola had huge challenges finding the money to buy menstrual pads. This is the reality for many of the women in the settlement, who are forced to resort to ineffective and uncomfortable ways of managing their menstruation. When on her period, Viola would sell her food ration to get the money to buy a piece of cloth and a robe. She would tear the robe and fit it to hold the piece of cloth, then she would fasten the robe around her waist. Even though it was better than nothing, this method was uncomfortable and limiting to her freedom. It is clear that the problems concerning menstruation in the settlement go beyond the methods of menstrual management. Evidence from research shows that some girls end up engaging in transactional sex to buy pads, and that some women have been subject to violence from their husbands after cutting up blankets to manage their periods.

In schools, boys will often tease girls when their uniforms show an outline of a pad or piece of cloth or staining. This teasing can have huge effects on girls’ well-being and self-esteem, and lead to school absenteeism or even drop-out. This happened to Jenet, one of Viola’s friends from her school in Imvepi, who was bullied because of a stain on her uniform while on her menstrual cycle. The emotional abuse got so severe, that Jenet could no longer come to school and she ended up dropping out. The long term prospects for girls who leave school early are often grim: Teenage pregnancies, child marriages and other forms of exploitation and abuse are not uncommon paths.

Meeting the cup for the first time

As a participant in the menstrual cup pilot project she received not just a menstrual cup from Ruby Cup but also training in menstrual health management as well as reproductive health. Besides aiming to improve the capacity of female participants to safely and effectively manage their menstruation, the project’s goal was to improve general knowledge and perceptions around menstruation in the community.

Viola says, she was excited when she found out, that she had been chosen to take part in the menstrual cup project. But when she first saw the cup, her excitement dampened: How would it be possible to put it inside of her? She attended trainings held by selected community facilitators from the host communities and Imvepi in April 2018 and the following month when she was on her menstrual cycle, she tried the cup for the first time. Inserting it did not go well, and she began to consider whether she should go back to her old method of the cloth and robe. After speaking to her friend and fellow project participant Nancy, however, she decided to not give up. The following month, she attended a refresher training which gave her the confidence to give the cup another try. And this time, insertion was easy and she quickly felt the benefits of the cup: Less odor, less itching, less financial strain and more comfortableness.

Not everybody in Viola’s surroundings was as convinced as her. Misconceptions about the cup flourish in many places and Imvepi Refugee Settlement is no different. To counter these, the Menstrual Cup Pilot Project included a built-in community awareness component to help demystify these perceptions. Part of this was to engage “Role Model Men” to ensure male understanding and eliminate the risk of violence against women and girls adopting the cup. Viola had several of these men in her village, and she says about their impact: “One of the Role Model Men talked to my grandmother about the Ruby Cup and its benefits. He also talked to her about her fears of me using the cup. He told her that it will not hurt me and after that she supported me.” 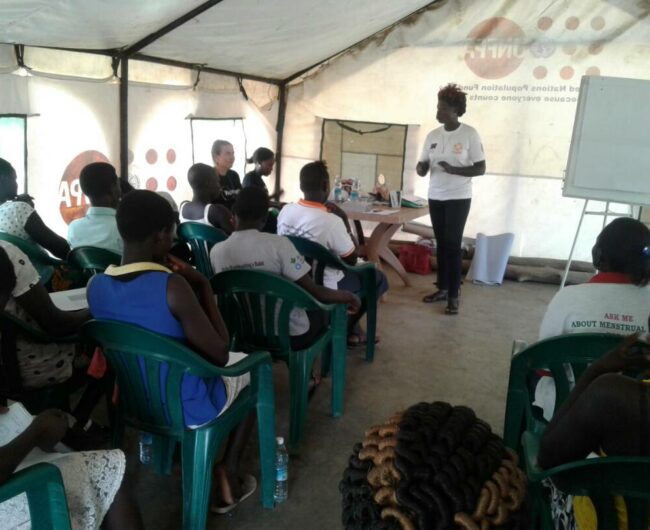 Menstrual Health Training at the settlement

Viola says, she learned many new things in the trainings, including her reproductive cycle, menstruation cycle length, anatomy, the ten steps of handwashing for using the cup, how to clean and sterilize the cup, etc. Viola explains how she feels more self-confident now. She now plays football, actively participates in youth meetings and can walk long distances for food rations without having to worry about an odor coming from her cloth or a leak. She even feels capable of helping her peers to manage their menstruation more confidently, and she is able to interact with boys and can be more attentive in class now that she does not have to worry about leaks or stains all the time when she is on her menstrual cycle. Viola’s confidence has become noticeable to her friends as well: “Many of my friends, neighbours, and school mates admire the cup and has requested to be included as beneficiaries.” 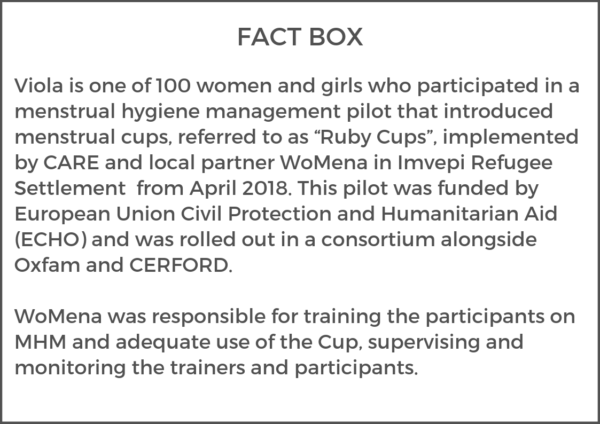 Read more about the project and the results here 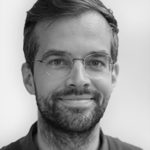