The Danish Association for Public Health Graduates FKFSV (Foreningen for Kandidater i Folkesundhedsvidenskab) Prize is awarded annually to a member of the Association who has earned recognition in the field of public health. It is awarded based on special efforts of the member in work, leisure activities, associations, innovative ideas/inventions or anything else that has helped to put public health on the agenda.

This was the first time the FKFSV Prize 2015 was not given to an individual member, but to an NGO. The FKFSV Board found WoMena a worthy recipient of the FKFSV Prize due to the organization’s impressive work to implement reproductive health technology solutions in East Africa, as well as its active involvement of Danish Public Health students in its work. Part of WoMena’s strategy is to build the capacity of Danish Public Health students in order to implement reproductive health research and projects in low-income contexts.

The award is a major recognition of our public health mission and efforts as well as an affirmation of the long-standing collaboration between WoMena and Danish Public Health institutions.

Our team is very honored, most grateful and inspired to do more! Mweebale nyo, apwoyo matek, a many thanks and tusinde tak from WoMena! 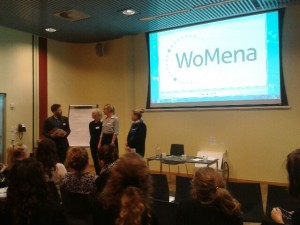 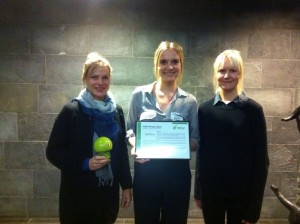